The Split Personalities of Shell Usage 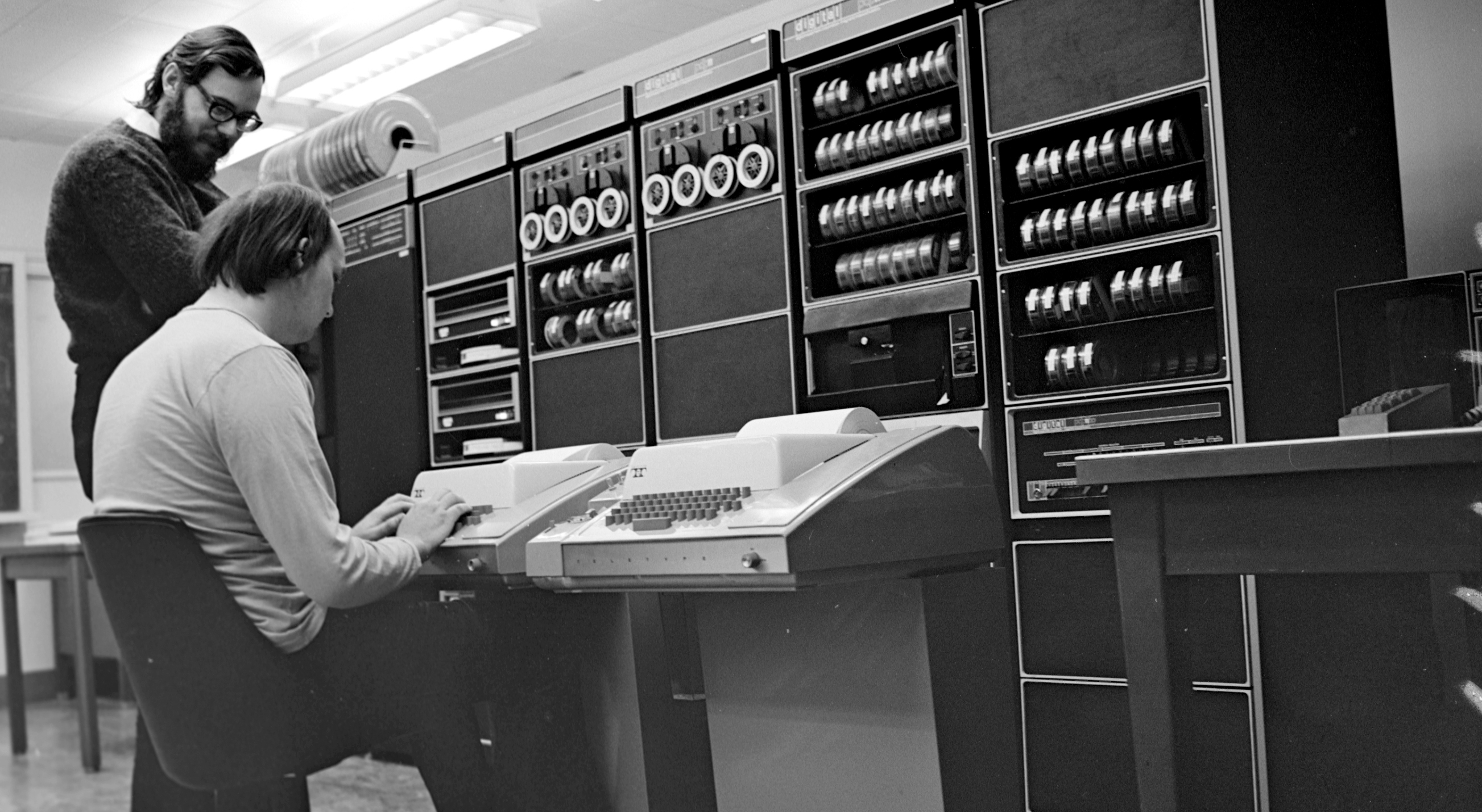 Thompson (sitting) and Ritchie working together at a PDP-11

In the very early days of UNIX you had the Thompson shell which supported pipes, some basic control structures and wildcards. Thompson shell was based after the Multics shell, which in turn was inspired from RUNCOM. In fact the 'rc' extension often seen in shell profiles is directly taken from RUNCOM.

It wasn't until a little later that variables were a feature in shells. That came with the PWB shell, which was designed to be upwardly-compatible with the Thompson shell, supporting Thompson syntax while bringing advancements intended to make shell scripting much more practical.

While the inspiration behind modern shells, RUNCOM, is a program that literally just ran commands from a file; it is this authors opinion that early UNIX shells were originally designed to be interactive terminals for launching applications first and foremost, with scripting as a feature that took a few years to mature. Furthermore, the ALGOL-inspired scripting commands were originally external executables and only later rewritten as shell builtins for performance reasons. For example running if in the shell would originally fork() the executable /bin/if but that quickly became call a builtin function that was part of the shell itself.

I believe it is these reasons why $SHELLs based on that lineage, be it the Bourne shell, Bash or Zsh, all share a scripting syntax which very much feels like it is extended from REPL usage. 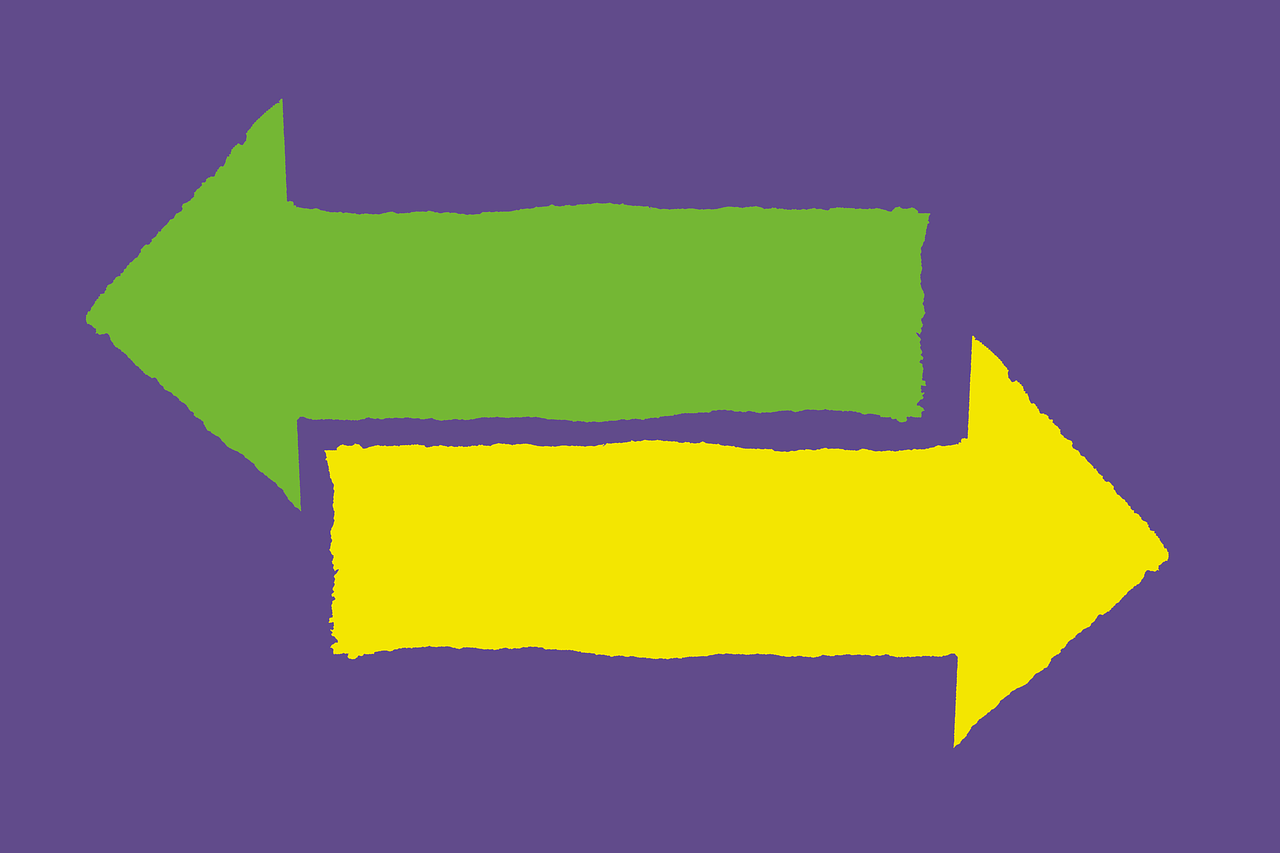 The problem with shell usage is it falls into two contradictory categories equally:

In an interactive program manager it makes sense to forgo quotation marks around strings, commas to separate parameters and semi-colons to terminate the line. Even the C shell, csh then later tcsh, doesn't follow C's syntax that strictly -- instead understanding that brevity is required for interactive use.

When I first started writing my own shell, murex, I originally started out with syntax that was inspired by the C. A pipeline would look something like the following:

While this came with some readability improvements, it was a massive pain to write over and over. So I added some syntax completion to the terminal, inspired by IDE's and how they attempt to minimize the repetition of entering syntax tokens. However this didn't remove the pain entirely, it just masked it a little. So I decided to make the quotation marks optional. Then the commas became optional...and before I knew it, I'd basically just reinvented the same syntax for writing commands as everyone had already been using for a multitude of decade prior. What started out as the example above ended up looking more like the example below: 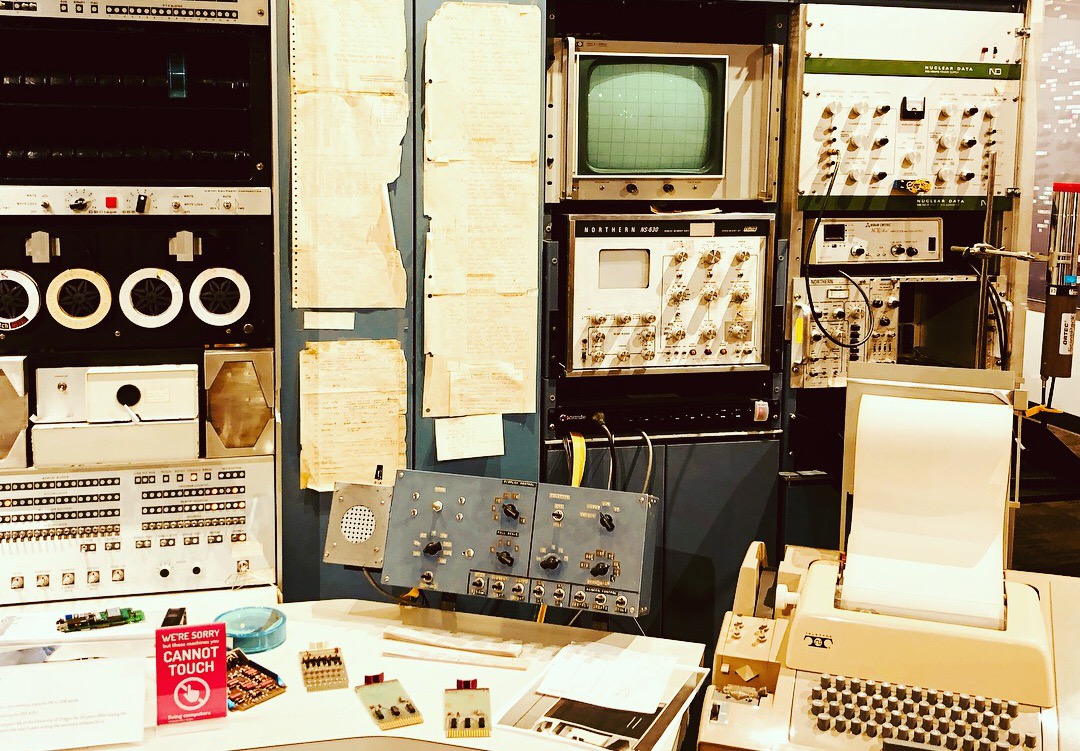 As I've already hinted in the section before, Bourne, Bash, Zsh all fall nicely into the first camp. The write-many read-once camp. And that makes sense to me when I consider the evolution of those shells. Their heritage does stem from interactive terminals firstly and scripting secondly.

The problem with traditional shells is that their grammar is lousy for anyone who needs a write-once read-many language. Worse still, while a significant amount of their grammar has now been included as builtins, for practical use operators often find themselves inlining other languages anyway, such as awk, sed, Perl and others. So it is understandable that a great many chose to do away with traditional shells for scripting and instead use more other, more powerful and readable languages like Python.

Unfortunately the same problems transfer the other way too, in that I have already demonstrated why Python (and other programming languages) don't always make good shells. While I will conceded that there is a loyal fanbase who will swear by their Python REPL for terminal usage, and if they're happy with that then I salute them, their usage is as niche as those who enjoy using Bash for complex scripts. Perhaps the only language I've used which translates well both for terse REPLs and lengthier scripts is LISP. 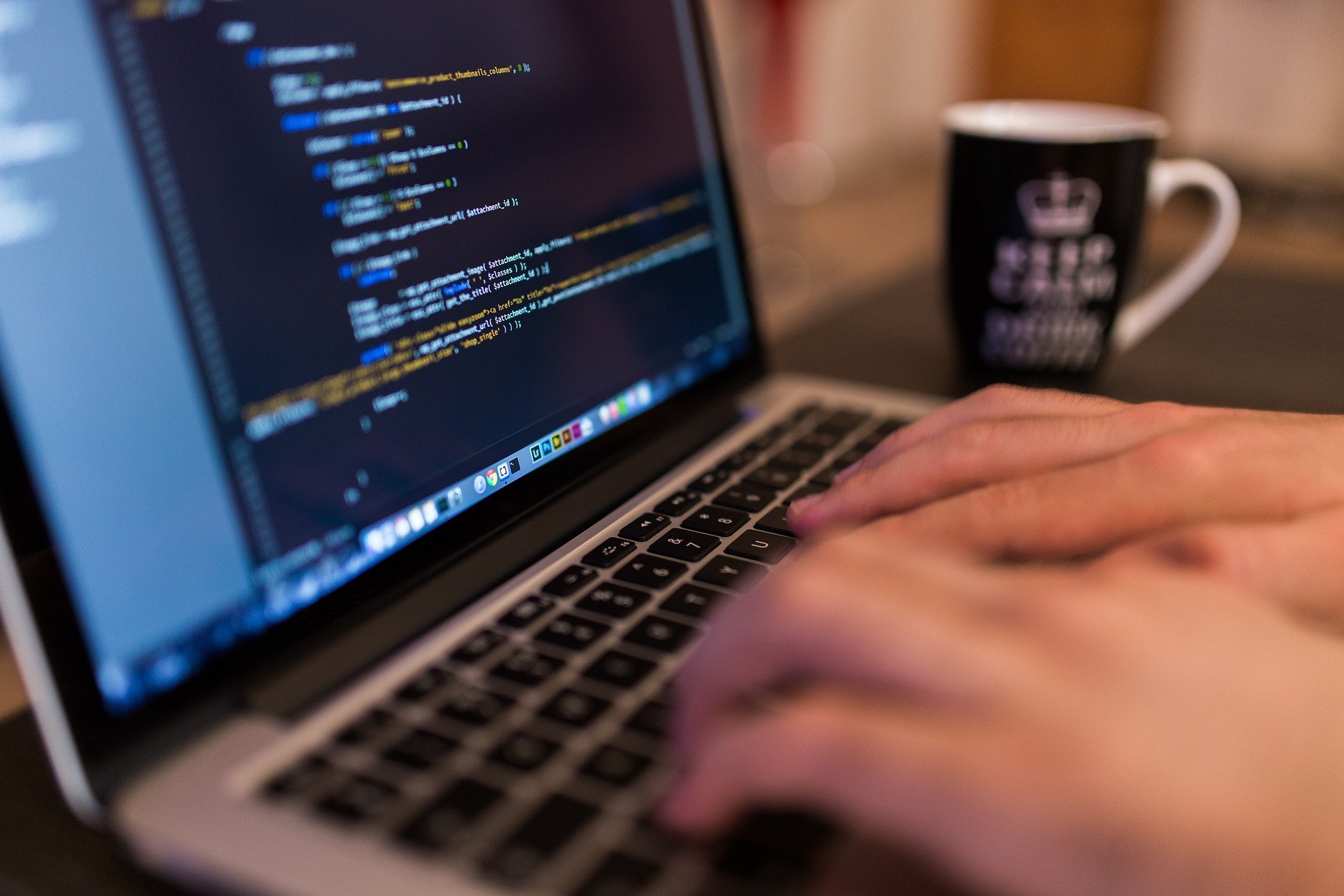 So how are modern shells addressing these split concerns?

Microsoft had the benefit of being able to start from a clean room. They didn't need to inherit 50+ years of UNIX legacy when they wrote Powershell. So their approach was naturally to base their shell on .NET. Passing .NET objects around has a number of advantages over the POSIX specification of passing files, byte streams, to applications. This allows developers to write richer command line applications in their preferred .NET language rather than being tied to the shell's syntax. However one could argue the same is true with POSIX shells and how you can write a program in any language you like. But in Powershell those other .NET programs feel more tightly integrated into Powershell than a forked process does in Bash. Again, I put this down to Powershell passing .NET objects along the pipeline.

Where Powershell falls down for me is in two key areas:

(I will talk more about the second point in another article where I'll discuss pipelines, data types and the need for modern shells to understand rich data rather than treating everything as a flat stream of bytes)

There is no question that Powershell is a more powerful REPL than Bash but it definitely slides more towards the "write-once read-many" end of the spectrum.

Oil describes itself as the following:

Oil is a new Unix shell. It's our upgrade path from bash to a better language and runtime. It's also for Python and JavaScript users who avoid shell!

The way Oil achieves this is a lot of how PWB improved upon the Thompson shell in the 1970s. Oil aims to be upwards-compatible with Bash. Any command line or shell script you can run in Bash should, eventually, be supported in Oil as well. Oil can extend on that and support a syntax and grammar that is more readable and sane to write longer lived scripts in. Thus bridging the conflict between "write-many" and "read-many" languages.

This make Oil one of the most interesting alternative shells I have come across. 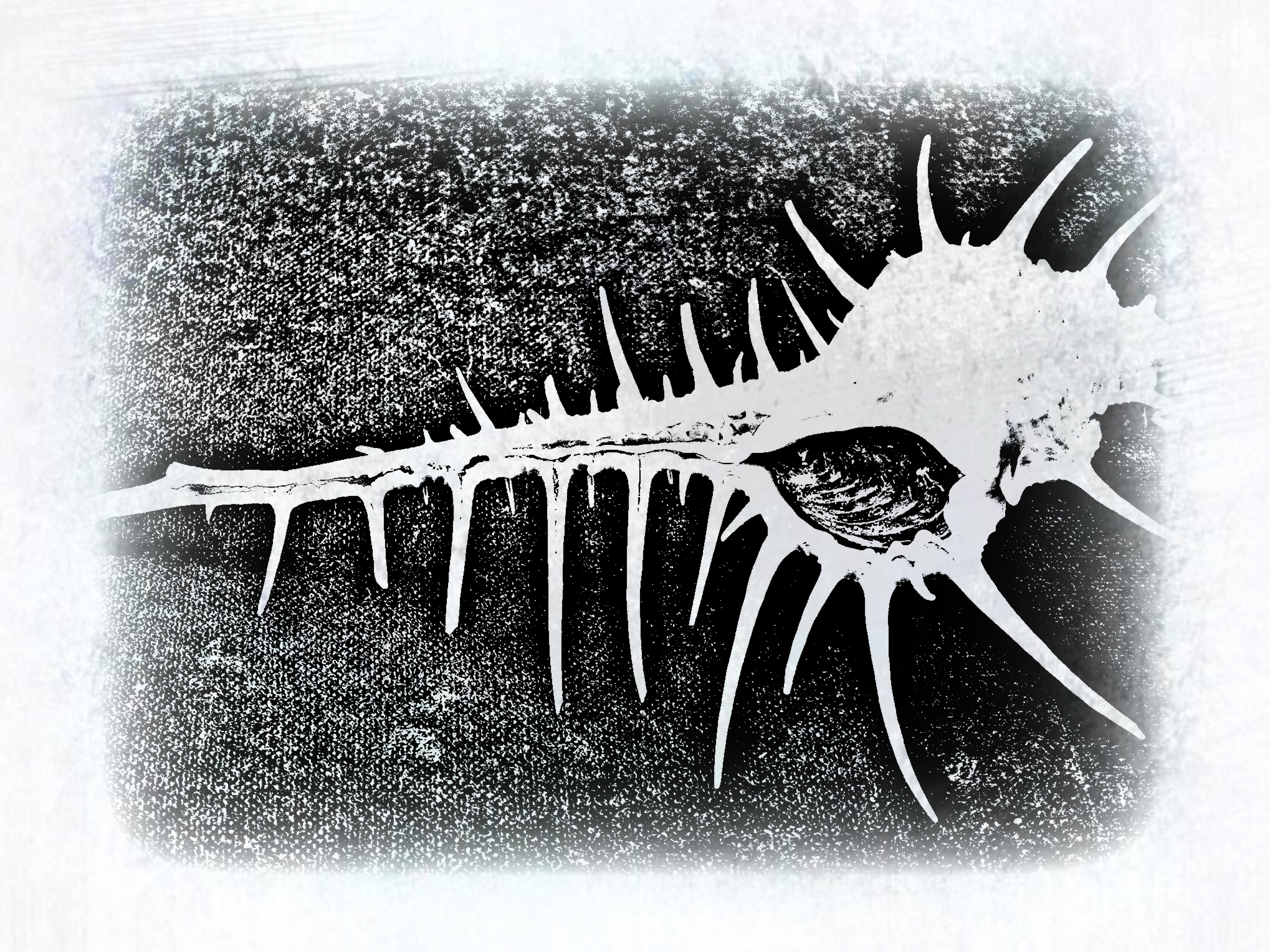 The approach murex takes sits somewhere in between the previous two shells. It attempts to retain familiarity with POSIX syntax but isn't afraid to break compatibility where it makes sense. The emphasis is on creating grammar that is both succinct but also readable. This mission was driven from originally attempting to create something more familiar to Javascript developers then falling back to some old Bash-ism's when I realized that for all of it's warts, Bash and its kin aren't actually bad for quick REPL usage of C-style braces over ALGOL style named scopes:

But since the curly braces are tokens, grammar like then / else become superfluous words that only exist for readability. So then we can make them optional. And you end up with a syntax that allows for a certain amount of golfing in the REPL should the operator want to save a few key strokes

The write-many read-once tendencies of the interactive terminal and the write-once read-many demands of scripting might be difficult to consolidate but I do think it is achievable and I'm not convinced the current heavy weights do a good job at addressing those conflicting concerns. Whereas alternative shells like Oil, Elfish and murex seem to be putting a lot more thought into this problem and it is really exciting seeing the different ideas that are being produced.

This site's content is rebuilt automatically from murex's source code after each merge to the master branch. Downloadable murex binaries are also built with the website.

Current version is 2.3.4000 BETA which has been verified against tests.